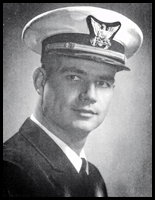 Jack Columbus Rittichier was a Lieutenant in the United States Coast Guard when he was Killed In Action in South Vietnam on 09 June 1968. Rittichier was born on 17 August 1933, and his home city of record is Barberton, Ohio. On 09 November 2002, the JG23's crash site was located; excavation began on 17 January 2003. The four crew members' remains were repatriated on 14 February 2003, and Jack was buried with full military honors at Arlington National Cemetery on 06 October 2003. I presented the bracelet I wore [since 2001] for Jack to his brother at a ceremony following the funeral.


The Incident
When North Vietnam began to increase its military strength in South Vietnam, NVA and Viet Cong troops again intruded on neutral Laos for sanctuary, as the Viet Minh had done during the war with the French some years before. This border road was used by the Communists to transport weapons, supplies and troops from North Vietnam into South Vietnam, and was frequently no more than a path cut through the jungle covered mountains. US forces used all assets available to them to stop this flow of men and supplies from moving south into the war zone.

At 1020 hours, 1st Lt. Schmidt's aircraft was struck by ground fire after making a bombing run on an enemy position. His aircraft continued to the northwest and crashed in the densely forested mountains approximately 5 miles northwest of the northern edge of the A Shau Valley, 2 miles northeast of the South Vietnamese/Lao border and the same distance southwest of a primary road leading from the Ho Chi Minh Trail. This road ran east/west from the border eastward to a point near the northern tip of the A Shau Valley. It then turned south-southeast running along the full length of the east side of the dense jungle covered valley.

Walter Schmidt was seen to eject from his crippled Skyhawk and descend safely to the ground. Other pilots saw his parachute caught in trees and were able to immediately establish voice contact with him. He reported to the other pilots that he sustained a broken leg while ejecting and was unable to move. Search and rescue (SAR) aircraft were immediately called to pick up the downed pilot, and as they arrived on site, NVA troops were observed approaching Walter Schmidt's position.

Jolly Green 23 quickly moved into the rescue area and hovered over the rugged jungle covered mountains approximately 9 miles northwest of the A Shau Valley floor near the downed pilot. As the helicopter attempted to pick up Walter Schmidt, it was struck by heavy enemy ground fire and seen to fall to the ground in flames and disintegrate upon impact by the onsite Forward Air Controller (FAC) just to the west of a primary road used by the communists to infiltrate troops and supplies into South Vietnam from the Ho Chi Minh Trail. The location of loss was approximately 1300 meters northeast of the village of Ka Kou, 12 miles northwest of the village of A Luoi, 25 miles southeast of Khe Sanh and 29 miles west-southwest of Hue. This location was also 4 miles north of the South Vietnamese/Lao border, near the border between Thua Thien and Hue Provinces.

Another aircraft flew over the wreckage, but its crew saw no survivors and heard no emergency beeper signals. Because of the intense enemy presence in the area, no ground search was possible. At the time the formal SAR was terminated, Jack Rittichier, Richard Yeend, Elmer Holden and James Locker were immediately listed Killed in Action/Body Not Recovered.

On 12 October 1991 a villager turned in to the "Office PA15 - Public Security", Dong Ngi Province, Vietnam, a dog tag and remains reportedly belonging to Lt. Rittichier. The information on the dog tag correlates with the correct data for Jack Rittichier. That information was provided to US personnel; however, the dog tag and remains were not turned over by the Vietnamese. There was no information provided by the villager as to the fate of Elmer Holden, James Locker or Richard Yeend.


Sources
All Biographical and loss information on Vietnam Era POW/MIA's provided by Operation Just Cause have been supplied by Chuck and Mary Schantag of POW/NET. Please check with POW/NET regularly for updates. Additional info (if source is not mentioned above) was obtained from Task Force Omega, Inc and the Jolly Green website.